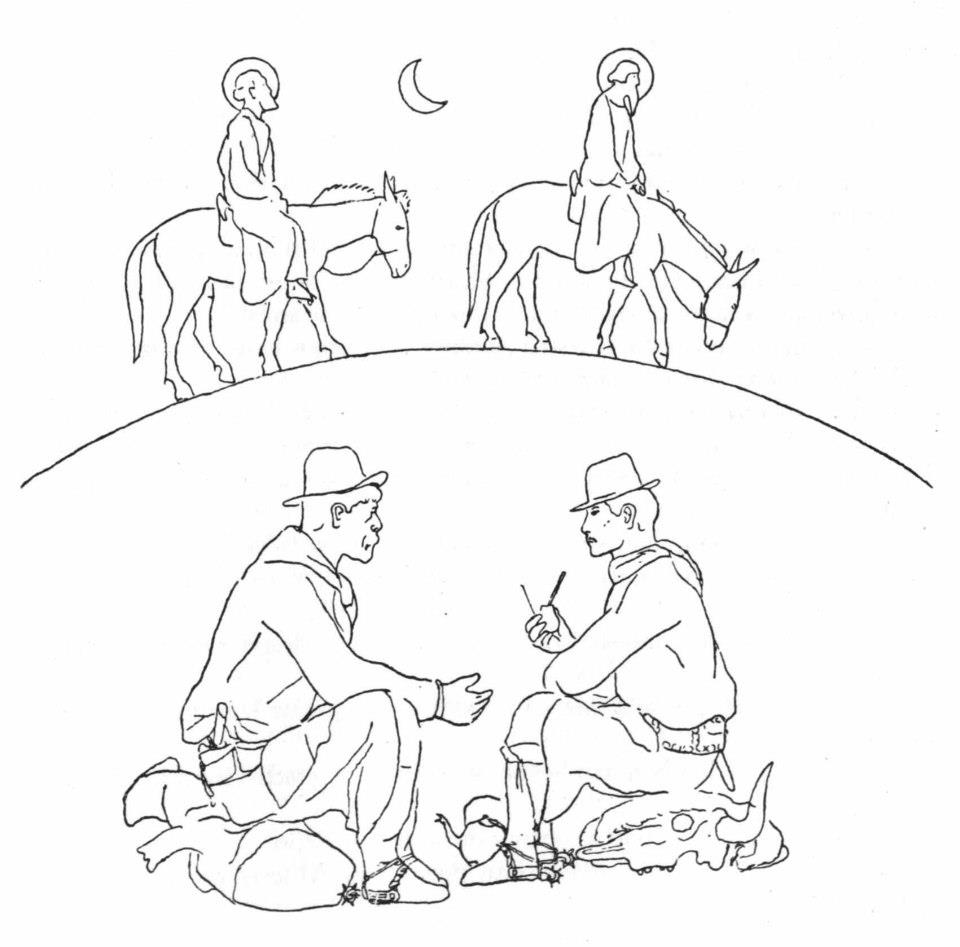 The Don Segundo Sombra book was illustrated in 1929 by the cousin of Ricardo Güiraldes .

He was an amazing artist, and observing his works we see that time in San Antonio de Areco stopped literally…at a bar.

His technique consists on precise and strong, clean lines. 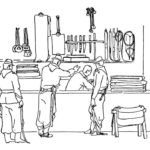 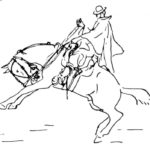 Don Segundo Sombra in his horse 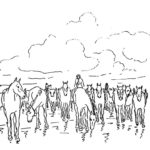 In the Ricardo Güiraldes Gaucho Museum located within the Parque Criollo there are many examples of these Alberto Güiraldes drawings.

All of them representing gaucho situations in the Pampas, most of them real scenes that he was living in his daily life in Estancia La Porteña near San Antonio de Areco

At the entrance of the Museum you can read: If you want to know the work of Güiraldes, the story of Don Segundo Sombra and how rural people think, you’d better go to the museum named after the writer.

Or if you prefer to stay longer: An Historical Estancia Hotel

The Don Segundo Sombra book even though it may be considered as a continuity with Martín Fierro, more than an extiguished gaucho elegy it proposes new ethical examples to a youth that Ricardo Güiraldes considered disoriented and restless mainly. Structured in a basic way as lessons to be absorbed escaping from inexperience, lessons on work, amusement, morals, camp chores (horse taming, cattle rodeo “jineteada”, raw hide pieces of work done by the gauchos, animal healing, etc.), they become an example of “lo criollo” supported by a very specific and precise words.